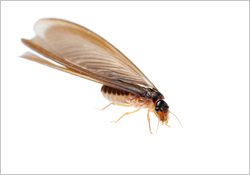 Termites are social insects, which live in large colonies.

There are three castes: swarmers or reproducers, workers, and soldiers. Termite antennae have bead-like segments. The winged swarmers have a pair of equally sized long wings that are attached to the last two thoracic segments. The wings break off after swarming. The abdomen is broadly joined at the thorax unlike the narrow abdominal attachment found on ants. 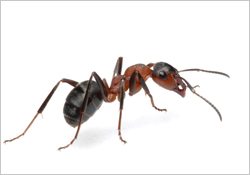 Ants are common insects, but they have some unique capabilities. More than 10,000 known ant species occur around the world.

Ants look much like termites, and the two are often confused–especially by nervous homeowners. However, ants have a narrow “waist” between the abdomen and thorax, which termites do not. Ants also have large heads, elbowed antennae, and powerful jaws. These insects belong to the order Hymenoptera, which includes wasps and bees. 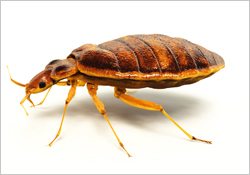 The name “bed bug” is derived from the insect’s preferred habitat of houses and especially beds or other areas where people sleep.

Most species feed on humans only when other prey are unavailable. Bed bugs are attracted to their hosts primarily by carbon dioxide, secondarily by warmth, and also by certain chemicals.

Bees are seen most often on flowers. They pollinate plants and gather nectar to make honey. What bee stings hurt the most? Wasps. Hornets are certainly the physically strongest stinging insect.

They construct a “football” or upside down teardrop-shaped nest from gray paper. 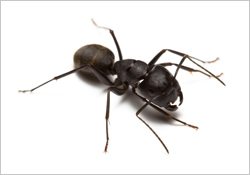 Carpenter ants can damage wood used in the construction of buildings. Due to their wood-eating habits, many termite species can do great damage to unprotected buildings and other wooden structures.

Carpenter ants can leave behind a sawdust-like material behind called frass that provides clues to their nesting location. Carpenter ant galleries are smooth and very different from termite-damaged areas, which have mud packed into the hollowed-out areas. Once termites have entered a building, they do not limit themselves to wood; they also damage paper, cloth, carpets, and other cellulosic materials. 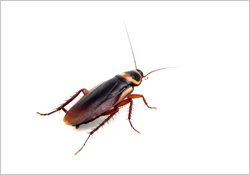 Cockroaches are one of the most commonly noted household pest insects.

They feed on human and pet food, and can leave an offensive odor. They can also passively transport microbes on their body surfaces including those that are potentially dangerous to humans, particularly in environments such as hospitals. 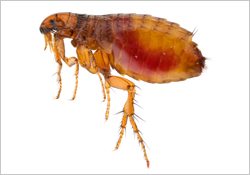 Fleas (Parasite) are not only a nuisance to humans and their pets, but can cause medical problems including flea allergy dermatitis.

Although bites are rarely felt, it is the resulting irritation caused by the flea salivary secretions that varies among individuals. Some may witness a severe reaction (general rash or inflammation) resulting in secondary infections caused by scratching the irritated skin area. 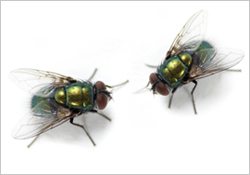 They are not only a nuissance, they transmit diseases and can cause an allergic reaction in many people.

The adult fly does not have a mandible, but mouthparts for sucking, piercing and sucking. Some larvae are legless and dirty white in color, many are called “maggots”. There are over 100,000 species of flies in the world.

Mice can at times be harmful rodents, damaging and eating crops, causing structural damages and spreading diseases through their parasites and feces.

In North America, breathing dust that has come in contact with mouse excrements has been linked to hantavirus, which may lead to Hantavirus Pulmonary Syndrome (HPS). Rats are typically distinguished from mice by their size; rats are generally large muroid rodents, while mice are generally small muroid rodents. 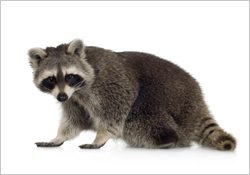 Raccoons can carry rabies, a lethal disease caused by the neurotropic rabies virus carried in the saliva and transmitted by bites.

Raccoons may appear cute or even friendly. Indeed, they can be quite bold around humans and pets. However, they are wild animals and will behave like wild animals. The have sharp teeth, strong claws, are known to carry rabies and parasites.

Mosquitoes are a vector agent that carries disease-causing viruses and parasites from person to person without catching the disease themselves.

Mosquitoes prefer some people over others. The preferential victim’s sweat simply smells better than others because of the proportions of the carbon dioxide, octenol and other compounds that make up body odor.